Kawai is delighted that legendary band Coldplay chose to use Kawai ATX2 upright pianos and MP series stage pianos thoughout their 2016-2017 touring in support of the 'Head Full Of Dreams' album. The schedule included their performance at the Super Bowl, pictured above.

“The MP11 is fast becoming my go-to weighted keyboard in the recording studio. The piano sounds hold their own against my Bosendorfer Concert Grand, and the Electric Piano sounds have already made their way into a few of my recent productions. As a weighted MIDI controller, the hammer action is flawless, and lends to an extremely natural replication of performance dynamics. Layering of patches, and splitting of sounds across the keyboard is intuitive and effortless; invaluable in fast paced environments.”

It is highly unlikely that your music collection doesn’t include at least one song or album involving Trevor Horn’s skills. Trevor is a producer, songwriter, and performer with a real passion for musical creativity and quality, clearly embodied in ZTT Records, which he co-founded, and the high regard in which SARM Studios is held. His work is characterised by a high level of musical insight and open-mindedness and in all his roles he has a strong idea of how he wants something to sound before the final concept is put together. Trevor’s personal selection of the Kawai MP11 for stage and studio work shows how brilliantly our digital piano technology can meet the very highest musical and creative expectations.

Trevor formed The Buggles with Geoffrey Downes and his production was key to the first days of legendary electronic art music band The Art of Noise. He also spent a considerable period with the progressive rock band Yes including co-writing and production on their hugely popular 90125 album including the MTV hit ‘Owner Of A Lonely Heart’. Trevor has often been referred to as ‘the inventor of the 80s’ and his work has engaged with a plethora of world class artists including the Pet Shop Boys, Frankie Goes To Hollywood, Rod Stewart and Malcolm McLaren.
A look at his discography (www.trevorhorn.com/discography/) shows he is very active and relevant today, with recent credits including work with The Overtones, Johnny Borrell, Robbie Williams, John Legend and Olly Murs.
He is currently working on Seal’s forthcoming new album, amongst others, and performing live with the Trevor Horn Band. Their March 2015 gig at the O2 in London received great reviews including one from Classic Rock Prog Magazine, and it involved the use of two Kawai MP11 pianos on stage. The Band also performed at the Cornbury Festival 2015 in Oxford to an audience of over 10,000, and the Melt Festival 2015 in Germany. Given the involvement of artists including Trevor, Geoffrey Downes (Buggles, Asia, Yes), and Lol Creme (10CC, Godley & Creme), they certainly have a vast catalogue of top-class songs to pick their set-list from.
Here at Kawai, we are very proud to have our instruments selected by such a creative and progressive musical figurehead.

“When the West End production of 'Wicked' opened in 2006, I realised that the demanding nature of the Keys 1 part would require a top quality keyboard. I tried out various instruments to see which felt closest to a real piano, the only one that satisfied me was the Kawai MP4. Since then I have also played MP5, MP8 and I'm currently using an MP10.
All the Kawai MP keyboards I've used in the show have been 100% reliable and have maintained their consistency of touch.” Pete Whinnett, 1st Keyboards, ‘Wicked’

Pete took his first piano lessons at the age of 6 and then studied at Chetham's School of Music in Manchester from the age of 9.

Doctor Gradus, the art-rock/jazz/impressionist quartet, is Pete’s current creative project. Doctor Gradus re-imagine the music of the French impressionists, requiring Pete to run the dynamic gauntlet from an intimate chamber accompaniment to improvising over an uncompromising rock power trio via be-bop runs and syncopated unison accents. The band’s debut album was release in January 2015 on the Musea Paralelle label.

Pete is also the principal keyboardist in the Laurence Olivier Award winning West End show Wicked where he uses a Kawai MP10 exclusively; the advanced pianistic writing demanding a natural feeling hammer action but with all the versatility, connectivity (and space saving!) that only a stage piano can provide.

As a live and studio session player he has worked with a wide range of artists from Mary Coughlan to David Foster and he toured the world extensively as pianist / keyboard player for the original production of Riverdance.

Dan Burnett is one of the UK’s best blues and soul piano vocalists. It’s in his blood.
The son of professional guitarist Laurie Burnett, Dan was spoon-fed blues, soul, funk and rock music from an early age.
As a youngster, Dan’s dad had guitar tuition from his good friend, the legendary Mick Ronson and was in bands with Mick ‘Woody’ Woodmansey and Trevor Bolder after they were members of David Bowie’s ‘Spiders from Mars’. Dan plays throughout the UK, Europe and the USA as a solo performer and with The Dan Burnett Band and has shared stages with top names including: Aynsley Lister, Paul Jones, Debbie Davies (USA), Todd Sharpville, Gerry McAvoy’s Band of Friends, Nine Below Zero, and Mick Ralphs.
In February 2015 Dan released an E.P. with his band, which has received national and international acclaim, and amazing reviews. Since the E.P. release, Dan has had a successful promotional trip to New York, and had one of his songs featured on BBC Radio 2.

Dan is delighted to have established a relationship with Kawai pianos.

On the MP10:
“The MP-10 has the best action of any stage piano I’ve played. With it’s fantastic piano and EP sounds and great build quality, it’s clearly an instrument made by a company who know about real pianos!” 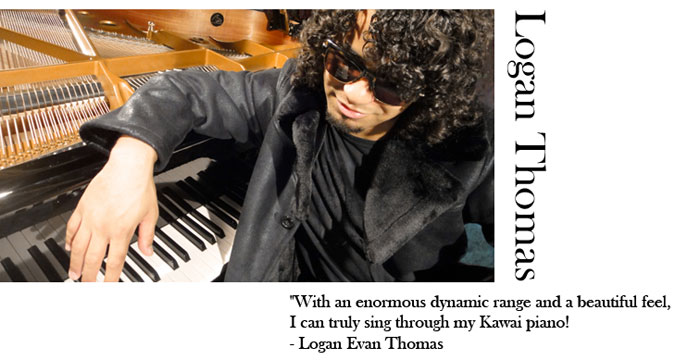 Logan Evan Thomas is a dynamic and innovative pianist/producer/entrepreneur residing in New York City. In 2010, he was honored to win 1st place at the Nottingham International Jazz Piano Competition, as well as finish 2nd place at the Montreux International Jazz Piano Competition. The previous year, Logan was 1 out of 4 pianists nationwide chosen to participate in Fred Hersch's "Solo Duo Trio" workshop and present a concert in Carnegie Hall. He is the founding member of the group "Manner Effect" who are comprised of some of the finest musicians in the NYC jazz scene. He is also established as a film composer as well as a producer of pop/r&b music. In 2010, Logan was the composer and music producer of a post 9/11 documentary feature film by Joseph Angel entitled "A View From Sunset Park" which won "Best Documentary" at the 2010 NY International Film Festival. In addition to all things related to being an artist, Logan is the Executive Vice President of Jalreign Music Group (JMG), in which he heads a recording studio, performance venue, and music T.V network called 'Caverock'. 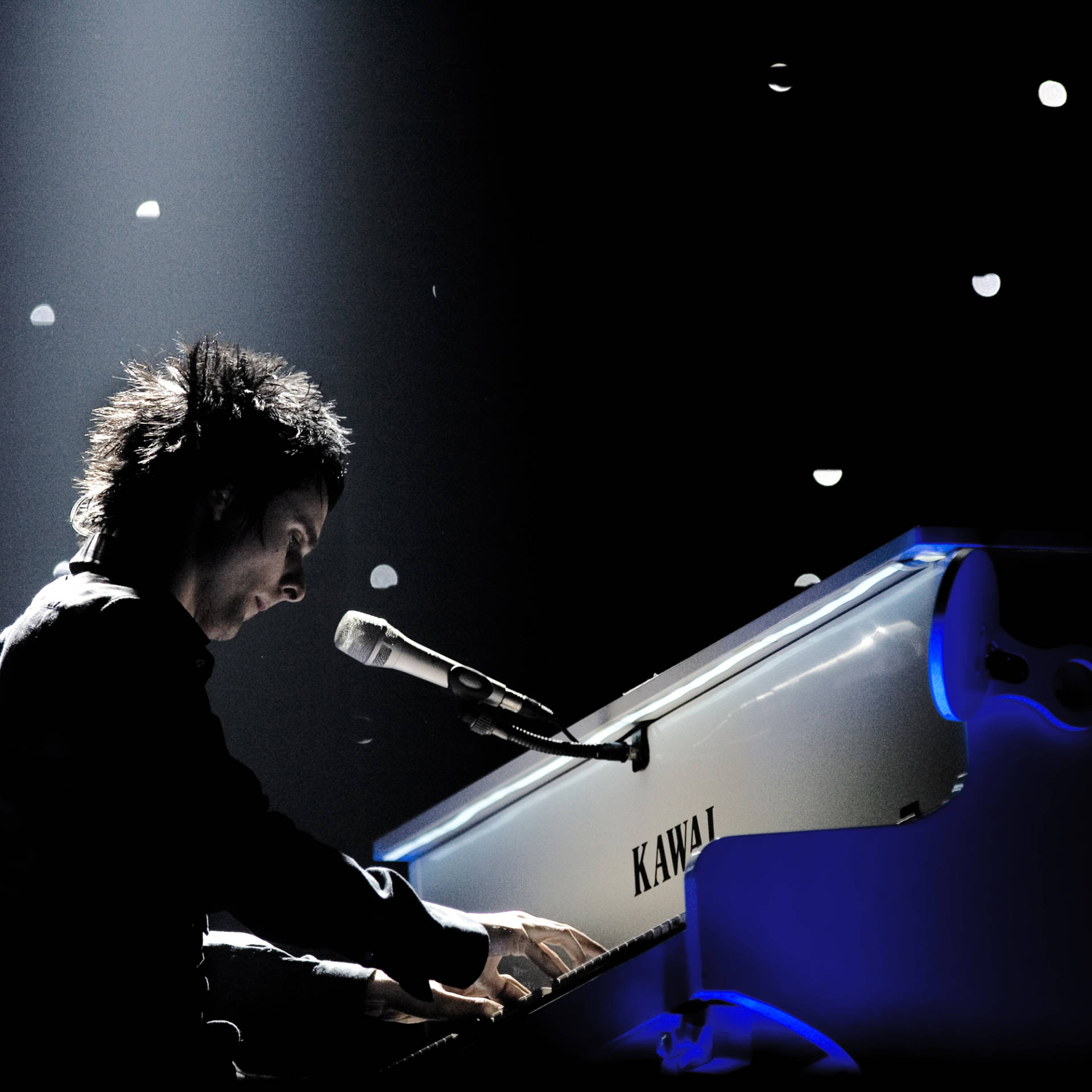 Muse is an alternative rock band from Teignmouth, England, United Kingdom. The band consists of Matthew Bellamy on lead vocals, piano, keyboard and guitar, Chris Wolstenholme on backing vocals and bass guitar, and Dominic Howard on drums and percussion. Their sound is a blend of alternative rock, classical music, electronica, metal, spanish guitars, and progressive rock.

Muse has released five studio albums. Their albums Black Holes and Revelations earned the band a Mercury Prize nomination and a third place finish in the NME Albums of the Year for 2006. Muse has won many other music awards throughout their career, including five MTV Europe Music Awards, five Q Awards, six NME Awards, two BRIT awards and four Kerrang! Awards.

Muse has been involved with Teenage Cancer Trust and performed at the Royal Albert Hall where they donated all money made from the merchandise stands to the charity. On 25 September, 2008, all three members of the band were awarded Honorary Doctorates of the Arts by Plymouth University.

Pianist and composer Anne Lovett has been described as one of the greatest artists of her generation, with a crystalline and beautiful tonal clarity and huge sonic power (an unusual combination), plus absolute virtuosity and a rare musical intelligence, expressiveness and ability to communicate.

Lovett has a highly distinguished background as a classical performer in her native France. She is unique in combining this virtuosity with composing her own works. This background means that she is exceptionally well placed to seek out fresh, innovative, energetic works which are also highly lyrical.

Anne has already recorded three albums since graduating from the Royal Academy of Music, including one with the unusual trademark of introducing her own piano compositions; which received rave reviews upon its release. Other recordings include chamber music collaborations for the label Champs Hill, solo contemporary classical works and another innovative partnership with BRIT Award winner, producer James Sanger.

Anne’s comment about Shigeru Kawai:
"Ever since playing a Shigeru Kawai while in Los Angeles, I have been fascinated with the quality of these pianos. They offer an incredible dynamic range, as well as a quality of tone rarely matched." 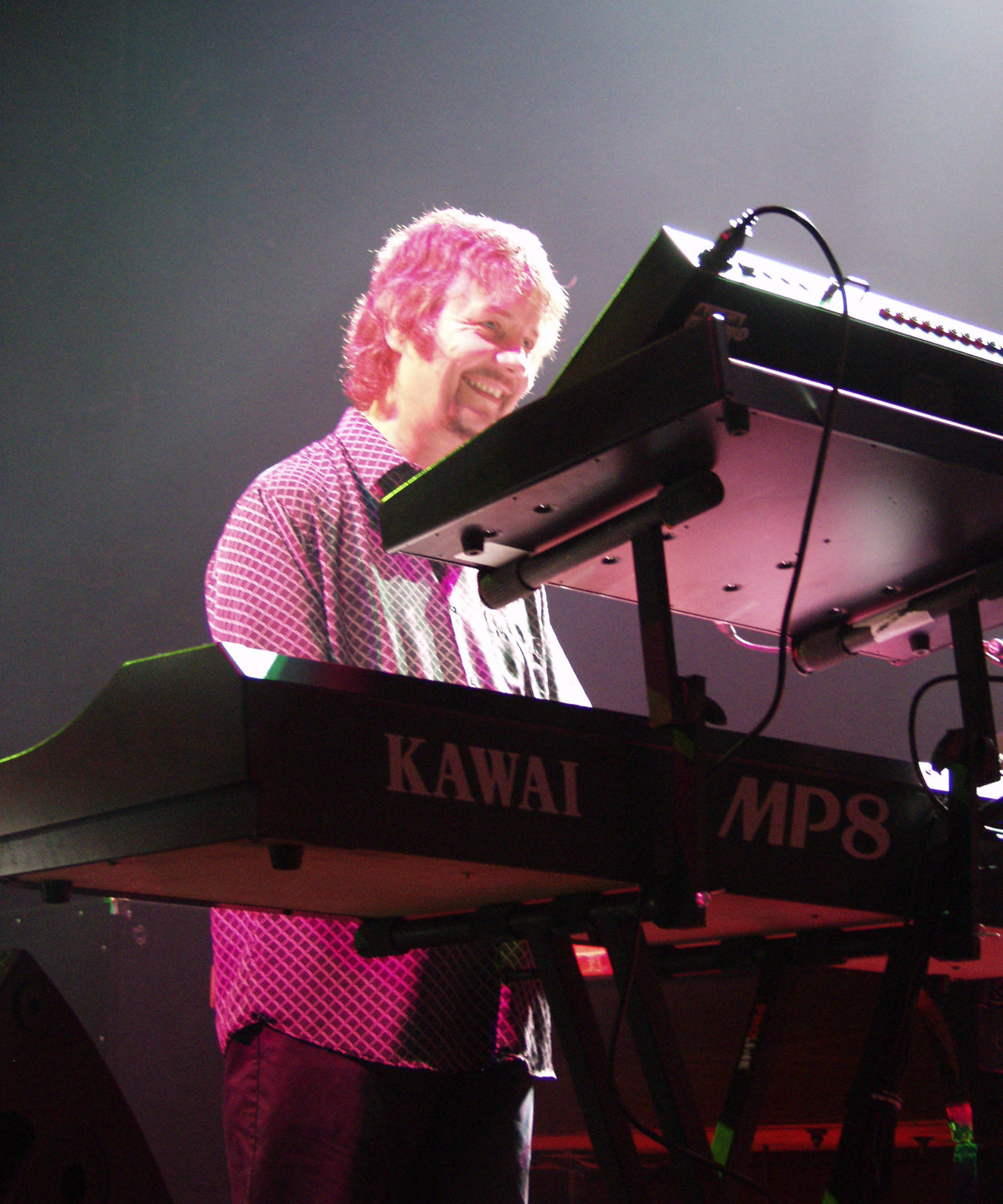 Born in Sunderland, N.E. England, he lives in South-West Cambridgeshire with his wife Doris and 3 children, running his own Pre-Production and Project Studio. He has been the keyboardist in the rock band Deep Purple since 2002, succeeding Jon Lord. He has had a long career, playing with such a great acts as : Gary Moore, Ozzy Osbourne, Judas Priest, Black Sabbath, Jethro Tull, Whitesnake, Colosseum II, Sinner, Michael Schenker, Uli Jon Roth, Rainbow, Ten, Divlje jagode and Living Loud. 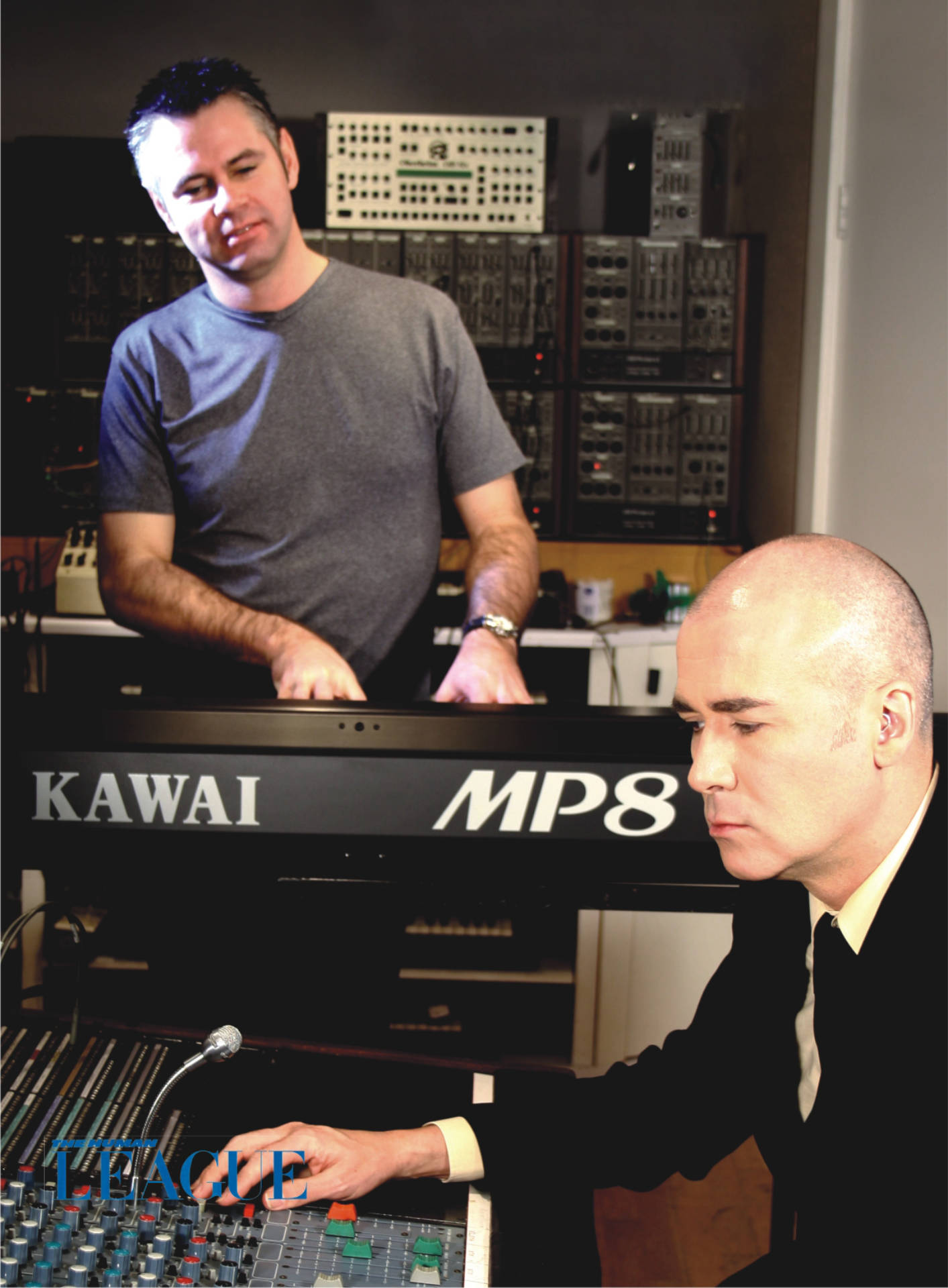 English Synthpop Band Human League founded in 1977. After a few changes they reached great popularity in the 80ies and a comeback in the 90ies. The only member from the beginning is Singer and Songwriter Phil Oakey from Sheffield, England.

His comment: "I used to play many stage pianos, which all promised to have the feeling of a concert grand. KAWAI is the only brand, that offers an excellent Stage/Studio Controller - a dream to play and a "Concert Grand" preset to die for!" 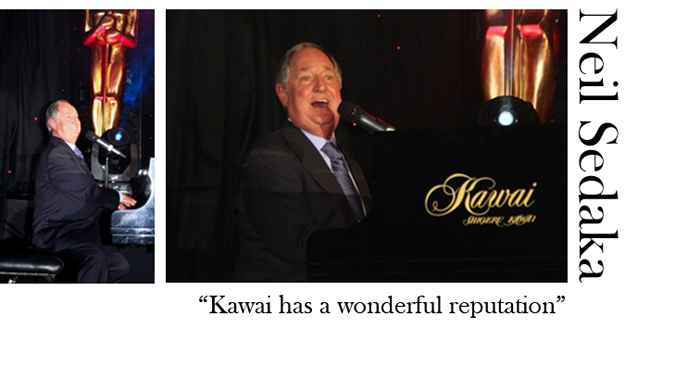 Neil Sedaka continues to entertain multi-generational audiences of up to 20,000 people. Illustrative of the ongoing respect he enjoys within the industry, he recently served as the celebrity judge on the hit TV series American Idol. For many of his most important stage performances, Sedaka uses a Kawai KG-3 Plexiglass Grand Piano, which appeals strongly to his seasoned instincts as a showman. “People going to cabarets and nightclubs want more than a beautiful sound,” he explains. “They want a visual treat as well. Visually, my Kawai shows up very well on stage, and it lights beautifully.”

Sedaka actually owns two KG-3s. He purchased the instruments in the 1980s after hearing that Ray Charles and several other artists were using them to great effect in their stage shows. “Kawai has a wonderful reputation,” he says. “They make a very respected instruments.” 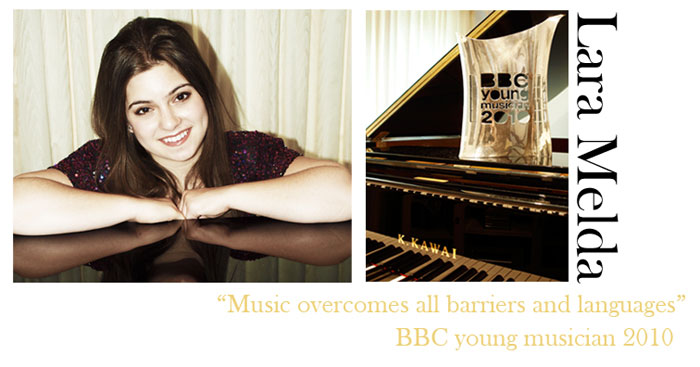 Lara started to play the piano at age of 6 and she has won the BBC Young Musician 2010 competition at age 16, performing Saint-Saëns Piano Concerto No.2 in the final round, with Vasily Petrenko and the BBC National Orchestra of Wales in Cardiff.

Her motto:
"Music overcomes all barriers and languages."